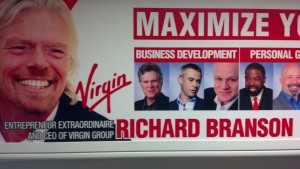 It is a basic marketing principle that it takes seven ‘touches’ before someone will internalize and/or act upon your call to action. These touches can take many forms:

Ideally, to be most effective, the touches will be delivered in a variety of formats, over a period of time. Some marketing experts say that the number may now actually be more like 13 given how inundated we are with messages across all of our devices and platforms. Either way, this principle underscores the importance of having a comprehensive and ongoing approach with your marketing. Recently, I saw this principle in action, when I was considering attending a continuing educational program.

I have been working on an exciting new, LinkedIn program which will be offered through BIG+, an organization dedicated to educating and empowering women entrepreneurs. When planning the syllabus, I kept thinking, ‘what would I want included in a program like this?’ and ‘what would I like the students to get out of this experience?’ I have always been a proponent of professional development and regularly attend webinars and classes myself. I remembered how the best sessions had pushed me forward and how much I enjoyed the breakthrough moments I experienced after sessions with one exceptional teacher.  I started to think that maybe it was time to attend another one of his classes. I knew that he was still offering programs but they were mostly abroad now and if I remembered correctly, they were extremely expensive.

I didn’t really think about it again until I received his next inspirational tip via email. I get these regularly but I don’t even know if they come monthly or every two weeks. If I have a minute, I open them. If not, they get deleted. He has a distinctive tone and style so when you read his quick blurbs, you can clearly hear his voice.  Lately he has included some video but I rarely have time to play them. When I do read them, I am always reminded of a useful piece of advice he shared during our sessions and it is usually a welcome pick me up – or kick in the pants!  The note got me thinking about his classes again but I didn’t do anything more than file it away.

Then, on a recent trip, I was on the subway, in Singapore of all places, when I looked up and saw this teacher, alongside Richard Branson and a number of other business experts, in an advertisement for an upcoming educational program they were offering! I had known that he was doing a number of international programs but I found it funny to see him there in the subway so I took a quick photo with my phone (praying that taking photos on the subway is not one of the zillion things you can be fined for in Singapore!) and sent it to his team with a note. They quickly replied with a personal note saying something like ‘it’s a small world’ and thank you.

Back at work, a week later, I was looking through the LinkedIn profile of a colleague and there, in the ‘links in common’ was the same teacher, again! When I mentioned him, she too had fond memories of the programs she had attended. At this point, I was seriously considering contacting him to see when his next class would be offered but I still didn’t reach out. I was busy catching up and had just spoken to his organizer when she replied to the email with the photo. I figured, if he had been offering a class, she would have mentioned it.

Then 2 days later, an email arrived including an announcement for a program that would be offered in May in the States! Yes, it is expensive, but not nearly as bad as I remembered. And while I will have to fly out and there will be the cost of the hotel to consider, I know that the lessons learned will more than pay for the session, many, times over!

So I have signed up and booked my flights. And as I set this all up, the 7 touches principle came to mind. It was such a perfect example:

And as a huge fan of email marketing, I could point to this as a great example of how effective it is.  But in reality, the emails were just a part of it – it was the combination of all these touches that really moved me from consideration to purchase.

Do you need help with LinkedIn?