Hashtags on Twitter – How and why to use them – Tutorial

Hashtags on Twitter – How and why to use them – Tutorial 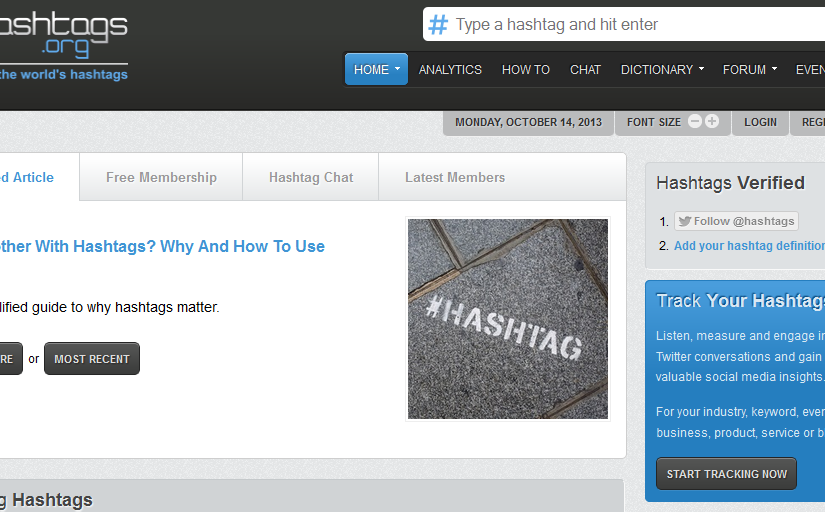 Thank you to Craig Chapman of CBA Empire for this great question:

“I am at a tradeshow; everyone is talking about hashtags on Twitter, how can I use them too?”

Hashtags, the ‘#’, ‘pound symbol’ or ‘number sign’ key on your keypad, are used to aggregate and follow information on Twitter. They were created organically by Twitter users in an effort to sort and label tweets and can be used in a number of ways:

Think outside the customer service box – @KateLeggett with step seven in bettering your #custserv: http://forr.com/ukAIgP.

#MuseumNext deadline for submitting a proposal is December 15th museumnext.org/conference/cal…

You can use them yourself in a number of ways; to learn about a topic, to promote an event, to let others know you are at an event, to make people aware of what you are doing at your booth and/or during your presentation at an event and to add your thoughts and comments to the discussions around that topic.

Twitter posts ‘Trends’ each day, in the right hand column of the Twitter.com interface; many of these will have hashtags. For example, as I am writing this post, #TheBestThingAboutThanksgiving is a hashtag and a trending topic. If you are starting one of your own, you may want to keep it shorter as these DO count towards your 140 character limit!

The first step for someone like Craig, who is attending a tradeshow, is to identify the tags being used.  Listen at the keynote, ask fellow attendees and/or search on Twitter to see if there are any posts and hashtags around your subject or event. Good conference organizers are establishing and sharing hashtags on registration info, badges and from the stage. Like in the example shown above, conferences are establishing hashtags as early as the RFP stage of the event and re-using successful tags from the previous year’s events.

In Craig’s case, people were using the #CETW and #digitalsignage hashtags as in:

At booth26 at #CETW loving the #digitalsignage

There was also a Twitter account, @CETW, that people could follow – though they didn’t seem to have taken advantage of the opportunity to post very much.  Attendees, on the other hand, were actively tweeting with hashtags.

I suggested that he should do the following:

To find hashtags being used in your industry you may wish to check http://hashtags.org

Have YOU used or established any hashtags?  Have you found them helpful?  Please tell us in the comments below or on my FB page at www.facebook.com/lisamariediasdesigns