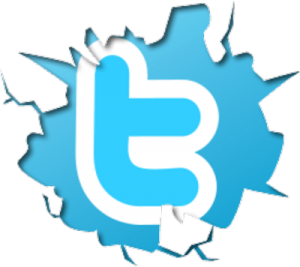 ‘Auto follow back’ is the term used when you automatically follow anyone who follows you on Twitter.  This can be done manually – when you see someone has followed you, you go to their profile and follow them – or before last week, it could be done automatically using any number of third party Twitter tools.  As of July 2nd, Twitter has changed their terms of service and has disallowed automated following back of people who follow you first.

Here is an excerpt posted by the Twitter operations account on a discussion thread about this issue:

We removed the clause permitting automated follow-back, as we would prefer that users manually review their new followers and then choose whether or not they would like to follow back individual accounts. We understand that some users feel pressured to follow back; however, if not all of the accounts which followed you contained content which interested you or were gaming the system for your attention, would you still want to follow them back if they weren’t actually interested in you or your content? Accounts which follow-back may quickly find their home-timeline useless due to too much noise if they didnt carefully pick and choose who to follow.

We still welcome services which perform analyses on recent followers and highlight those that may interest you, but only if these services only allow you to followback each account individually and manually.

I was actually quite surprised that so many people were up in arms (or at least complaining vociferously) about this!  I think that it is a good policy and am happy that Twitter is making an effort to take back the platform from the bots and accounts that are using it for SPAM.

I have always recommended, as a best practice, that people go in and check someone’s profile before following them.  I recommend checking more than their last post, scrolling down and reviewing at least the last few posts.  Do the posts contain content you would like to see in your stream?  If not, don’t follow them – it is that simple.  If you want to make the most of your time on Twitter and want to really find interesting and/or useful info in your news stream, be careful about who you follow!

Also look to see if people are replying to others and/or re-tweeting.  If you want your content to be shared, you need to have a community of people who are will and able to re-tweet your posts. It also helps to re-tweet others on a regular basis as well.

In case you are not aware of this, there were many tools and programs out there that would follow massive numbers of people for you, then, a day or two later, UNfollow them for you. Since so many people had been using auto follow back tools, this would allow Spammy accounts to gain huge numbers of followers quickly, without adding anything of value to the Twittersphere. And since they were unfollowing people just as quickly as they were following them, their following to follower ratio looked as if they may actually be industry leaders or in some way worth following!

So, here are some best practices and reminders:

1. Auto follow back was not really all that useful – don’t worry that it is no longer allowed.

2. You should always check someone’s profile before following them and be sure to build a community of people you want to hear from.

3. Do not feel obligated to follow anyone just because they followed you!

4. Never use an account’s follower/following ratio as a guideline for determining their value.